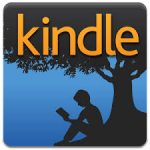 This Southern folklore treasure is at Amazon.com with a Kindle version available.

It’s the land of Doppelgangers, Poltergeists, White Screamers, Boo Hags, the Moon-Eyed People, and many other chilling curiosities. In this collection of southern specters, you’ll find… · Hell’s Church, where rumors abound about spirits, murders, and devil worship. · The Cavern Near Plant #5, a haunted mine that is the purest, darkness place there is in the mountains. · Gravity Hill, where a driver can put a car in neutral and it will be pulled up the mountain by a mysterious force. It is also said you said that you can hear the ghost of a murdered woman scream off in the distance as you’re getting “towed.” · Pilot Knob Cemetery, where a sinister entity known as The Watcher is said to frighten away visitors. · Chain Gang Hill Road, a local “lover’s lane” haunted by victims of a killer named Lee Roy Martin, where voices moan and wail in the dark of night. You’ll find these and many, many more in the fascinating pages of Phantoms Fill the Southern Skies!